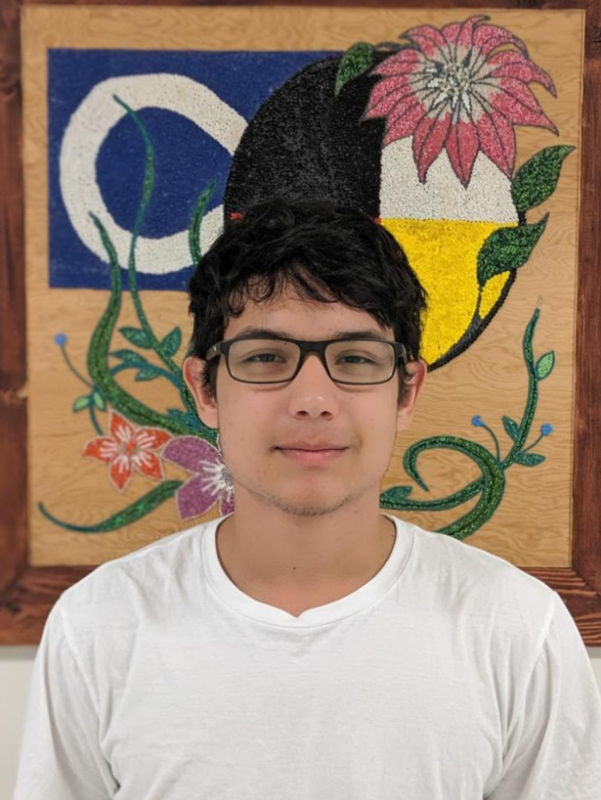 NLSD#113 is excited to celebrate Minahik Waskahigan High School's Peyton Chandler who is one of a select group of youth across the province who have been selected to the Minister of Education’s Youth Council.  Members of the provincial Youth Council work directly with the Minister of Education and other government officials to identify issues and topics important to them and their peers. These areas of interest will drive future discussion and provide insight for the vision of education in Saskatchewan. This is a significant honour as there were over 50 amazing youth in contention after the first phase of selection and Peyton was one of the 12 who were selected.

Peyton Chandler is the son of Curtis and Jennifer Chandler. He resides in Northern Saskatchewan in the small village of Pinehouse Lake and is 16 years old. Pinehouse Lake is a vibrant, active community located in the middle of Canada’s boreal forest surrounded by endless forest and dotted with countless lakes.
Peyton is involved in many clubs, such as drama, music and robotics. He also plays on his high school's football and basketball teams. He is a motivated student who has earned the Northern achievement award several times and has received the Lieutenant Governor Award for academic achievement in Grade 10. He also received Jr and Sr student of the year awards in Minahik Waskahigan High school. He assists fellow students with tutoring and mentoring in their classrooms. He tries to find solutions to help people that maybe struggling with different issues. He has spent time developing fishing and hunting skills as well as traditional game preparations skills with elders and learning from them about traditional values. He strives to be the type of person who embodies the concept of miyo-pimatisowin.

NLSD#113 is proud to have Peyton representing youth in the province on the Minister’s Youth Council and thankful that his parents, community and school have supported him and provided opportunities for his growth.  Congratulations Peyton!